Why Should I Resign as Engineer?

Why Should I Resign as Engineer?

i'm thinking, PT. DSME Indonesia
0
If you click this link, you will some posts about my office life in PT. DSME Indonesia. Cerita 3 Hari di Kantor Baru is one of the  most visited post in this personal website. Some of newcomers who want to join this company, unintentionally visited that link. If you read those posts, you will think that my office life is happy. Yes, I’VE BEEN happy there.
Until now, I still the remember the excitement of me when the first day was running. I was glad to be part of this company. I have adequate salary, the office is nearby my house, most of engineers are fresh graduate, still young and having similar age, the office tower is quite the new one. I WAS happy and proud to be piping engineer in PT. DSME Indonesia.
In the first several months, I though my office life was dynamic. I deeply want to say thank you very much for my first, brilliant and humble korean boss, Mr. G.Y.Lee. He was the piping group leader. Even though, he’s quite clumsy, but he can deliver to us much knowledge. Even though, I wasn’t the one who can easily have conversation with him, but I know he really wanted to mingle to us. Mr. G.Y Lee used to give us several trainings. From the basic piping layout, piping component, routing for various system such us open drain, closed drain, utility line, etc. The training and probation have been finished in June. Afterwards, we joined our first project, Ichthys Project from INPEX.
I also remember the day when Mr. G.Y. Lee published the detail job description and allocate the group for this project in Saturnus meeting room. I was excited having Fidllan and Anna as the team. It kinda like fitted-combination. Fidllan who has clear vision as key person and Anna who can be crazy all the time. As the time goes by, we realized that we don’t have clear and tight schedule for our future module, M08A. All the matters was postponed again again and again. We have reviewed the model, modelling utility line and we don’t know what we need to know anymore. Then, we decided to learn about valve and other piping component. Eventually Mr. G.Y.Lee asked us to be PIC of production drawing. I was dedicated for deck and penetration drawing. Anna had spool and isometric drawing while Fidllan was focus in support manufacturing drawing.

Again and again, my excitement was increased when I got new things to do after having same routine activities with unclear schedule. I supported Adit, Achsan and Pradit to prepare deck penetration drawing for their modules. I collaborated with Najma as support specialist who knows well which case we need to add carling items such as trimmer, stiffener and wing plate.
I  didn’t prepare those drawing just by myself. Dinda and Ika was asked by Mr. G.Y. Lee to be in charge as my team. Then Ira also joined the team. This was the most remarkable team for us hahaha. Because we have our own name. We had been called by RCM (Republik Cinta Management). Since Dinda and Ika was so close each other and some people called them as The Virgin. So, when I recruited them as team, they assumed I was Ahmad Dhani and as we know RCM is management who developed by him.
We have been preparing those drawings, deck penetration with addition support installation and 3D view drawing until October as I remember. However one by one of my team were kick out by having new responsibility. Ika was asked to be in charged in Mariner project. Dinda replaced anna as PIC of isometric while Ira did resign from company. In the last minute, I did it by myself. However help was coming. There were new members who joined Ichthys Project. Kemon and Regy was dedicated specially as my team. 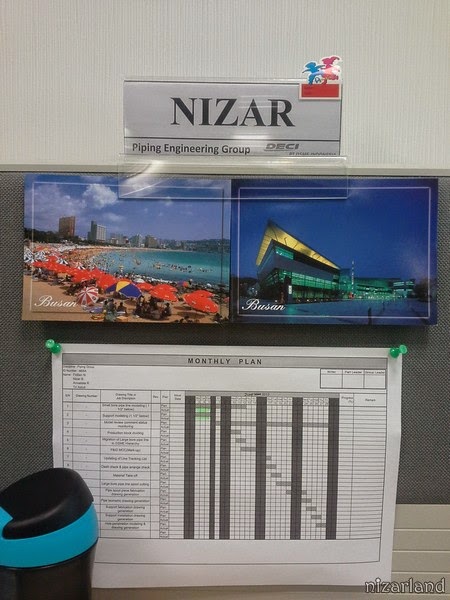 Aaaaah!!! It was kinda stress release having them in my team. Because in last minute, the revision started non sense. Regarding Okpo guy request we had to revise many things and even we were requested things that out of our scope. I have ignored the first since we have more urgent and important things to do. When our duties almost done and workload was decreasing, we need to update material handling for all of modules and mechanical arrangement for several modules. I took it because I respected my direct leader H.S. Park. I knew it wasn’t our scope. While we had more important duties, we did them first. When it had been done, we continued doing Mr. Park request. I just tried to think professionally. I was hired here to complete the duties. I took it as special request from him.
M08A project was starting. I supported Fidllan as area leader for level 1. Together with Dinda, we involved in layout design for level 1. Having background as PIC drawing for almost one year realized me that I wasn’t pro as my other co-workers who concern in design, routing, etc. I tried to learn from my boss, Fidllan, to close several comments, route some lines, modify and combine the supports.
Reading this post until this sentences causes you ask the question? “So, why did you resign from that company?” Therefore, I start to explain it one by one.
I would do resign mostly from myself. I remember that time, when I was going to Patra Jasa for having GMAT preparation class, suddenly I thought “I need to resign”. I really need more time to focus. I want to learn GMAT intensively. In fact, I can’t. In the weekdays, I should work from 8 a.m to 6 p.m. Then after that time, the focus has been decreasing. Yes I have weekend, but how many weekend in a year? People who work routinely in conservative working hour must know that weekend is pretty expensive. We will do many things that we can’t do in weekdays. Sometimes, I do photoshoot or shooting for short movie. I want more time to learn TOEFL, read new books, watch more movies, meet new people, have new working circumstances. I really want to try new things. As we develop Lumos Production almost for two years, the demand is increasing. Formerly, I can take it as side job. Nowadays, I need more time to meet clients, do brainstorming in pre-production until deliver final products to clients. I also need time to develop business plan, set the target, and improve the systems like creating Standard Operating Procedure (SOP).
Then, I reflected myself, comparing my role in engineering company and in Lumos Production. In PT. DSME Indonesia, the biggest responsibility that I got was being PIC 2D Drawing. Some of us think preparing 2D drawing should be done by drafter. However, I did it almost for one year. So, I was being drafter almost for one year. Nevertheless, I got much knowledge while doing that duties. Knowing technical issue about carling items, understand when we need to use CJP or PJP (welding), and many more.
Being the only one in piping batch A who not going to Korea, having new responsibility just because other brilliant guys move to more important duties, getting the least 3 score after training program, getting B score in PMS are some parameter which recognized me that I wasn’t the outstanding one. Just the mediocre, or even lower than mediocre. I just can’t see bright future here. I can’t be well developed and well-utilized. I have imagine when my office mates already in higher position or in better company, I still doing the same thing. I just don’t want to regret in my late twenty or early thirty. I need to find career where I never stop developing myself. And I feel it in Lumos Production.
I don’t know which part should I tell about developing in Lumos Production. I started it from zero. I’m looking for the project, looking for the name, describe the logo, creating the system, I do many things. Small contributions feel so meaningful in startup. 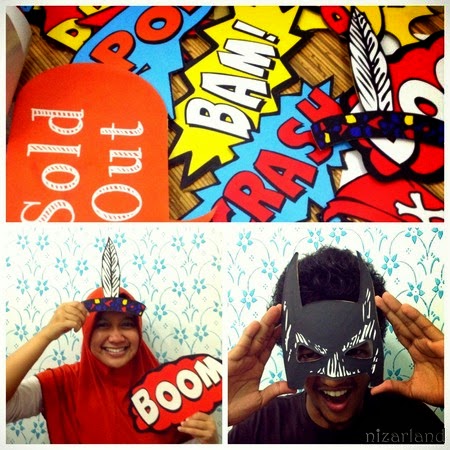 Money is big matter, isn’t it? Formerly, I thought I can be rich by being engineer. Yes, engineering company hires you with great salary. However, is your salary going to increase significantly? I just think if I stay in engineering company, my salary will be increase linearly, while developing your own startup can give exponential rate. Maybe you will ask, “so, are your salary already going exponentially?”. If being entrepreneur can easily give you exponential salary rate, all of people must be entrepreneur. It needs persistence, hard work and many things.
Aaaah, two years feels not that long. I want to close my office life in a good way. I got much knowledge and experience, many nice close friends and great bosses. However, the ending was not that happy. I got unfair score regarding my performance. Since I did resign in the end of the year when PMS score was published, my score was decreased without fair reason. It just because I got resign, then my score was decreased from B to C. Moreover, it affects the annual bonus. I can’t explain the detail. There are still matters which make me feel grateful to quit from that company.
Nevertheless, I still can’t imagine if I didn’t meet with those office mates. Most of my office mates are the high intelligent guy, very youthful and so dynamic. Two years was so memorable since all of you guys. Please keep contact till the end :’)
NIZARLAND
“Where The Land Inspires The World”