assistant producer, freelance, guava production, production house
0
If you see my post about resolution 2015, it stated that one of my resolutions is Professionally working for feature film, TVC or video clip. When I wrote that I knew the plan. I have two options. The first one is to contact Angga Dwimas Sasongko. He is my mentor in Kinescope Workshop. The second one is to contact Upie Guava. I tried to contact Mas Angga. I had opportunity to join his team. However, in short I cannot contact him then I lost the opportunity. Therefore, I need to choose second option.
Upie Guava is younger brother of Ka Misyal. Ka Misyal is one of my mentor. He shares to me a lot regarding youth movement, education, etc. He has told me that he has younger brother who is music video director. The famous name is Upie Guava.
Someday, I saw UpieGuava’s post in facebook group, DCI (DSLR Cinematography Indonesia). I added him and sent the message. I presented who I am. I explained that I am UI graduated who used to active in sinematografi UI and now want to learn in the real industry. First, he answered my message then just gone. I just waiting at that moment and back to my Lumos Production business.
In a few months later, when my workload in Lumos was decreasing, I saw his post anymore. He shared his showreel. Not only music video but also short film. My excitement was increase. I contacted him again through facebook messenger. He instantly said “Okay, just go to my office tomorrow”.
In Friday morning, I came to his office. The office is located in Jalan Benda, Kemang. There are two units of Ruko on the top of alfamart. I just sat calmly waiting for him. The other people just asked me and I said “I’m waiting for Kak Upie”.
When Kak Upie came, he did his business first then spent his time chatting with me. He asked me who you are, what you want to do, etc. I felt awkward because….. I don’t know. Just awkward in that new circumstance, didn’t know what to do. Kak Upie moved in front of his iMac. I just sat in my place. He called me to go to his chair, “so, what are you want to do?“. I just had no idea. Usually in movie production I used to be film director. However, it’s impossible to say “I want to be director“. “Are you f*cking crazy, Nizaaaaaar?” hahaha that was the answer which came to my mind. I said to him “Actually, I don’t really know, because I don’t have any experience in real industry. But my friend who worked in video production company said that being production assistant should be good start“. Then he asked to his producer who sat behind him “do you need PA?“. She said “Yes, I really need it“. Kak Upie said “I have new one“. I just feel like “Okay, will I start working by today??“. Because I didn’t prepare anything.
I talked directly with producer “are you ready? I’m so demanding“. I just said “Yes, I’m ready“. She explained to me directly and clearly what I need to do. However I didn’t start working that day, because I had appointment with people in that afternoon. She just said “That’s fine, you don’t need to start by today. Just come this Sunday, we will shooting. I’ll text you the detail“.
So, I started working in that production house as freelance assistant producer since last june. I do from lift up the desk, rolling cable, calling bus for shooting, shopping property for shooting, until contact talent, imagine and propose video clip concept and many more.
These are some pictures in production: 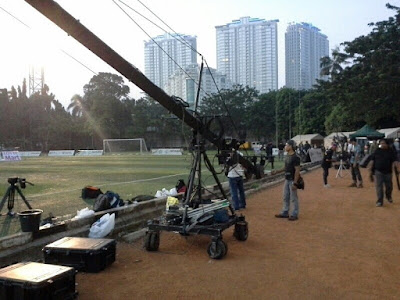 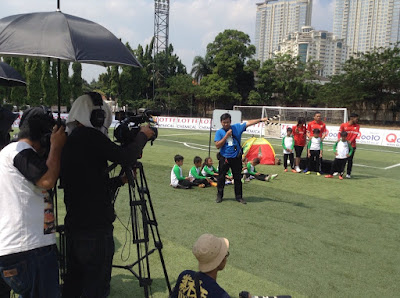 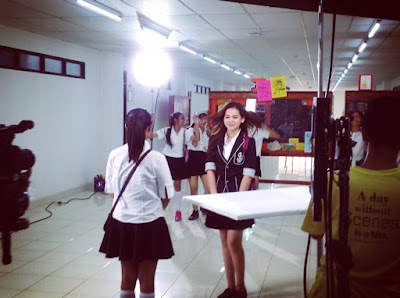 Thanks Kak Upie for giving me this opportunity. I wish I can learn much thing here and enhance my ability in videography area.
NIZARLAND
“Where The Land Inspires The World”